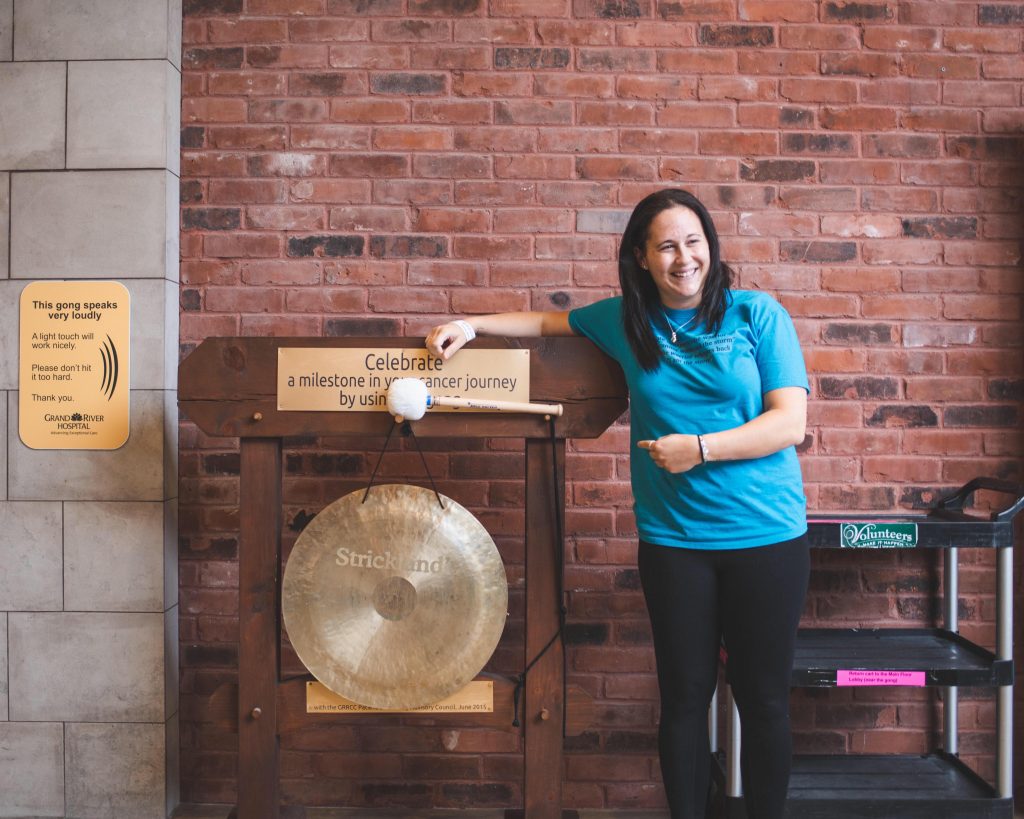 “I get challenged by investors who say, ‘how are you going to change the stigma?’ If nobody does it, it won’t change. We have to get over that hurdle.“

On the blog, we’re interviewing FemTech leaders about their experiences in the industry. The goal is to start conversations around entrepreneurship, and show off the inspiring stories of founders who are tackling a whole set of female health and wellness issues. These are areas where, historically, women have been told to just “take what they can get,” and existing treatments haven’t been updated for decades.

FemTech founders are leading the charge to give women better experiences — a goal that’s perfectly aligned with Cortex’s mission. They’re working to define FemTech as a collaborative, open industry that promises to break down barriers for women everywhere — while also growing it to a predicted $3.5 billion industry by 2025.

For our latest interview we spoke with Rachel Bartholomew, founder of HyIvy Health — a startup developing a pelvic rehabilitation device with trackable data for the estimated one in three women who will experience pelvic health issues in their lifetimes. HyIvy has raised almost $420,000 in grants, and is currently raising a pre-seed funding round, navigating FDA regulations and working to expedite their product to market.

Rachel’s entrepreneurial journey is deeply rooted in her own personal story. She’s already made huge strides in proving her technology and growing her company, so we thought this was the perfect moment to catch up with her and ask: what has she learned about founding a FemTech company? How do the considerations change when you achieve a certain level of success? As a founder, how do you assess which opportunities are useful, and which aren’t?

We hope this interview gives some useful advice, no matter where you’re at in your own product design journey.

This interview has been edited for length and clarity.

Thanks for agreeing to do this interview, Rachel! Could you start by giving us an overview of what led you to found HyIvy Health, and your vision for the company?

My journey actually starts way before HyIvy Health. I did my Master’s program in Entrepreneurship at Waterloo, and in one of our courses we had to start a company from scratch. I had to leverage what I knew, which at the time was automotive. I started a company that did eCommerce Augmented Reality (AR) in that space. I sold that company to a large Canadian retailer, which was an awesome opportunity to work at the executive level and with corporate innovation teams.

I told myself, “no more starting companies for a while.” I went to work at Laurier to restart their startup incubator. I was handling about 40 companies under the incubator, providing mentorship, advice, and programming. After a year, I thought, “what’s next?”

Two weeks later I got my cervical cancer diagnosis.

This was in April or May of 2019. I took a break from everything to prepare, and I was on the surgery table in June of 2019. When I was on bed rest, I connected with a lot of Facebook groups that became my lifeline through the process. There were about 50,000 women in these groups, total, and they gave me so much great advice. Everyone has a different experience with this diagnosis, and different struggles. I noticed a pattern with women struggling with pelvic health after the fact. I’d actually had some pelvic health issues in the past, had pelvic floor therapy, and was given a terrible dilator product. I realized that, 11 years later, there were a few more therapists but nothing had fundamentally changed.

I thought, “OK, I’m an innovator. I’ve done companies before. Maybe I can help with this.” I infiltrated these groups and did some initial product validation and research. I was also in the hospital every day, surrounded by doctors, which was a great pitch opportunity. It’s the perfect opportunity to have a listening ear. I was laying in the radiation machine, pitching my radiologist. They passed it on, and it got back to my oncologist, who is now saying to me, “where is it? I want this product.”

That was some initial validation. From there, I dove into areas of pelvic health, family doctors, sexologists, sex therapy, to see where the industry was at, and what was missing. I almost feel like a conspiracy theorist at times about how much attention this area is missing. The dilator they gave me was created in 1938, yet there are 300 million women globally with these issues. It’s not a small problem.

I thought, “okay. I can do something here.” I’m not an engineer but I tapped the shoulder of a friend whom I’d accepted into the incubator program. Next thing I know, we had been sitting at a table at a restaurant for 7 hours, getting kicked out because it was closing, drawing initial concepts for new solutions. That was the initial start to everything.

A lot of women’s health issues are areas where women are told to just take what they can get. Lots of these areas are ripe for a better experience. How does that ancient dilator work, and how does HyIvy’s solution innovate on it?

Essentially, we’re trying to disrupt these static dilators that were invented almost a century ago. Think of Russian nesting dolls that come in different sizes. It’s the same sort of concept. A dilator is essentially a plastic cylinder on a handle, that works to help restore or expand the pelvic floor muscles and vaginal tissues.

The most innovation that’s happened in this space is adding a battery, so it vibrates. “Ooh, fancy.” That’s it. Every single woman has said that dilators are painful and terrible to use. There’s around a 30% adherence rate to using them. It’s designed to look like a penis, but that’s not what women’s pelvic floor is like, ergonomically. Many women with pelvic floor disorders experience stenosis, scar tissue, and seizing of the vaginal canal. To get them to basic functionality is not to be able to insert a penis for penetration, but to have a vaginal exam at a doctor. Many different pelvic floor disorders have different needs. Women with menopause have a lot of vaginal thinning and atrophying. As another example, women with surgeries for endometriosis often experience a change in the vagina’s physical shape, as well as scar tissues. Our solution is built around considering these various needs in a complex system.

We’re reconsidering the shape, curvature and flatness of the device so that it’s more ergonomic. We approached with air chambers, multiple dilation points and sizes, and the ability to dilate at different levels depending on where it is in the vaginal canal.

Our five target areas are lubrication, tissue, sensation, muscle and incontinence. The three therapies are lubrication, hot and cold, and dilation work in combination to bring a more comfortable experience that’s more optimal and forward thinking.

You’re a founder whose business is deeply based in your own personal story. How do you think that personal experience has impacted your work, and do you think it equips you to think about users from a different perspective?

It’s interesting, and it’s challenging. It comes out of being an innovator, with experience in the space, who wants to challenge the status quo. When you look further, other founders will often say the same thing. A lot of founders will say they’re in spaces where the status quo is never challenged.

One of the things I’ve truly learned is that you have to advocate for yourself as a patient, and that’s helped me challenge the status quo.

We look at doctors as this authoritarian figure who has all the answers, but they’re just a piece of the puzzle. When I went through my cancer diagnosis, I realized how many pieces are missing from that puzzle, and as the patient, sometimes you’re the only one who’s going to drive that forward.

Doctors are trained as part of the healthcare system. They’re not there to shake up the infrastructure. That’s what the patient is there to do. By asking tough questions and pushing for the care that I need, I feel that I’m helping challenge the status quo. And when I think about it from a product standpoint, I think, “no wonder no one has challenged the status quo for pelvic floor health, because we haven’t asked these tough questions.”

That’s why I want to start from a patient perspective, and that’s why I hire people who are also experiencing pelvic health issues.

What are some of the biggest challenges you’ve had along the way? Are there any you didn’t anticipate, or any big surprises?

I think, for me, the biggest piece is the beauty and madness of being a non-medical person coming into the medical world. You don’t have the same walls up preventing you from moving forward, as you might if you’re coming from the medical industry. I’m able to go in and ask for what I want.

It’s been a big learning curve to learn about the FDA, ISO and other regulatory considerations. If you’ve never had exposure to that, it’s very jarring. But it’s been useful to challenge assumptions in really difficult ways. I’ve put myself out there to be yelled at as to why I’m wrong. It’s been a challenge to learn the ins and outs of the industry, to realize the history behind some of these gaps.

One of the biggest things is stigma. I haven’t faced a lot of it, but I’ve faced it here and there. I get challenged by investors who say, “how are you going to change the stigma?” If nobody does it, it won’t change. We have to get over that hurdle.

Beyond that, creating a physical product is extremely challenging, especially when everybody is stuck at home. It’s challenging. It can be hard to build a culture in this environment. Most of our team has never met each-other in person. So I’ve learned to have regular touch points with the team, to make the team meetings fun, make it a lot more about the human behind the camera. I try to make it fun, and also to have individual check points with people, away from their direct reports, to get at the core of things.

As a founder who has already seen a level of success, how do you assess which opportunities are useful, and which aren’t?

I’m the kind of person who’s very open to everything. I try to take in everything. It takes time, but I always make sure to bring in the team — whether it’s an admin person, or our new co-op who’s two weeks in — for their opinion. They have a fresh perspective. I really like to gather a critical viewpoint from all my team members no matter what stage they’re at. They can help weed out the red flags and issues. I really bring in the people who it’s going to be affecting the most. I make the ultimate decision, but it’s also dictated by the people who it matters for. I don’t want to be pushing things onto people and saying, “this is how it goes.”

A big thanks to Rachel Bartholomew for taking the time to do this interview! 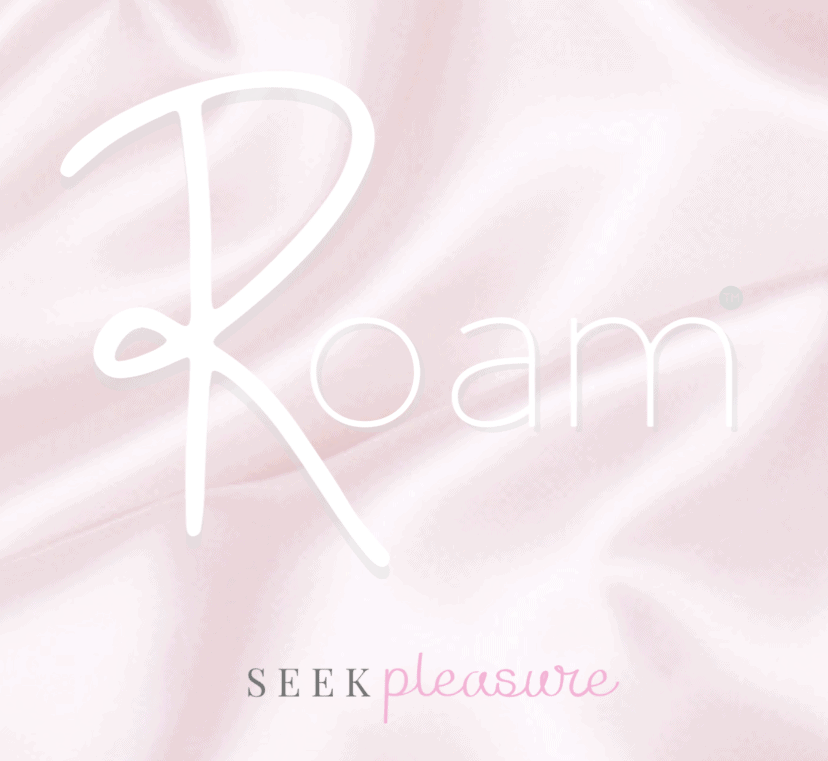 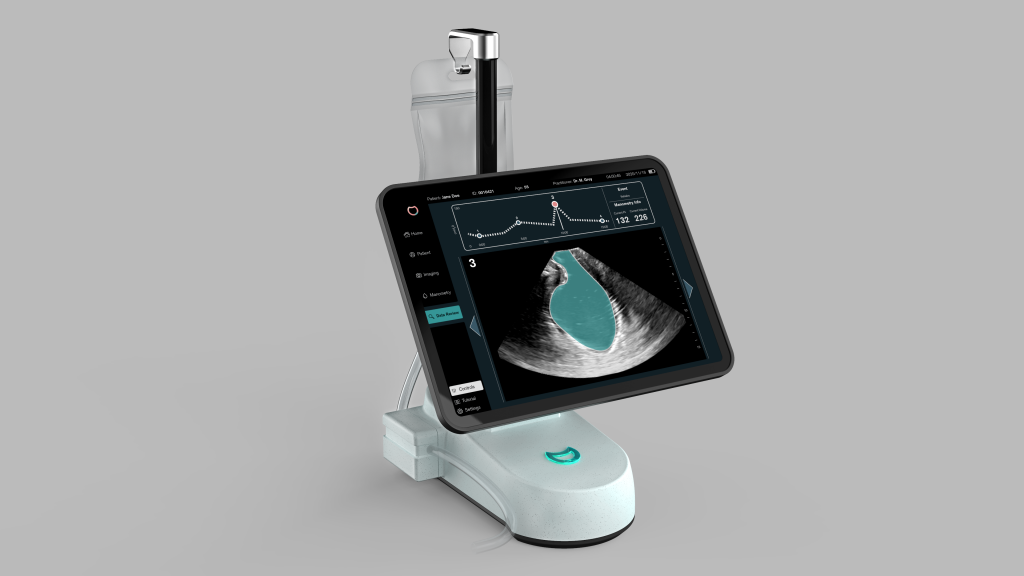 Spotlight on Cosm Medical, a Major Emerging Player in FemTech